A new report, identifying the challenges faced by ex-Service personnel who enter police custody and ways to better support them was released today (3 April) and has found that the ex-Serving personnel in this study who are identified at the point of contact in police custody have responded encouragingly to targeted support.

The report, ‘A Pilot Study to Support Veterans in the Criminal Justice System’, was funded by the Forces in Mind Trust (FiMT) and delivered by Anglia Ruskin University, to examine the engagement and impact of a pilot veteran intervention programme, Project Nova.

Project Nova was delivered by RFEA – The Forces Employment Charity and Walking with the Wounded, in collaboration with Norfolk and Suffolk Constabularies, and a network of military charities and organisations to provide advice, guidance and support to ex-Service personnel who had entered police custody. The Project placed particular focus on early intervention to prevent re-offending further down the line and was delivered between July 2014 and July 2015 in Norfolk and Suffolk.

The impact of Project Nova on reoffending rates was notable; seven out of ten participants had been arrested in the six-month period prior to their engagement with the Project but none were arrested in the following six months afterwards. The report identified that veterans referred to Project Nova found that ex-Serving personnel engaged with the criminal justice system rank themselves in the lowest 20% of the population for their mental health and wellbeing. The report also found that the greatest number of offences were carried out by those who had transitioned out of the military over 20 years earlier. However, while these statistics around the impact of engagement are encouraging, because of the relatively small data sets available, further factors need to be explored which could account for these changes.

Nine out of ten of those who went through the in-depth interview process with Project Nova reported feeling that interaction with mentors or support workers with a military background or understanding was important to them. The report determined that trust and positive relationships are fundamental to veterans being open to receiving support, especially as many described personal perceptions of weakness and shame about accepting their own needs for care and support.

Ray Lock CBE, Chief Executive of Forces in Mind Trust, said: “The positive impact of Project Nova’s work to actively tailor support for veteran offenders is encouraging. The findings and recommendations of the Report will help inform better intervention methods for veterans entering police custody, as well as providing a better understanding of the challenges they face. Further research, and a wider roll out of the project, would help build a stronger evidence base from which we could better support this particularly vulnerable cohort in the future.”

Stephen Gledhill, CEO of RFEA – The Forces Employment Charity said: “As military charities working hand-in-hand with one another, we understand Veterans’ experience of military service, the effect this has had on their transition to civilian life and the many difficulties they encounter. We are therefore able to put in place the help they need to face the future.”

Edward Parker, CEO of Walking With The Wounded said: “We have been fortunate to be able to use the emerging lessons from this study of the Pilot area to further develop and grow the programme. Project Nova is now also working to bring crucial help to Veterans who become involved in the Criminal Justice System in the North East, North West and South Yorkshire and Humberside”.

Matt Fossey, Director of the Veterans & Families Institute (VFI) at Anglia Ruskin University, said: “The VFI is committed to addressing the issues faced by ex-Service personnel through research and partnership working. Project Nova has delivered encouraging results and we sincerely hope the findings will prompt further investigation and research.”

FiMT awards grants (for both responsive and commissioned work) to support its change model around 6 outcomes in the following areas: Housing; Employment; Health and wellbeing; Finance; Criminal Justice System; and Relationships. All work is published in open access and will be hosted on the Veterans Research Hub at Anglia Ruskin Unversity, which is going live in Summer 2017.  A high standard of reportage is demanded of all grant holders so as to provide a credible evidence base from which better informed decisions can be made.

Who we have helped: www.fim-trust.org/who-we-have-helped/

We exist to provide life-long, life-changing support, jobs and training opportunities to service leavers and veterans irrespective of circumstances, rank, length of service, or reason for leaving. Founded in 1885 and operating across the UK, we have the specialist knowledge and understanding to bridge the gap between military life and civilian employment.  We work in partnership with other organisations and employers who, like us, respect and value the unique qualities and abilities of all those who have served.

As part of their charitable objectives, RFEA provides support to Veterans who become involved in the Criminal Justice System working to support Veterans to improve their social stability and ultimately progress towards sustainable employment or other vocational outcome that provides a meaningful occupation and integrates them into the community.   The RFEA’s expertise lies in understanding the Veteran and the impact and unique nature of military service. Their position within the military charity community also enables them to be a powerful broker to other charities that may be able to provide for a client’s specific needs – e.g. housing, life skills, mental health and funded training.

The Veterans & Families Institute (VFI) at Anglia Ruskin University was founded to carry out research, evaluation and audit activities on the social care, employment and wellbeing of military veterans and their families. The work of the VFI aims to inform and influence policy making in this area regionally, nationally and internationally. The Institute’s Director, Matt Fossey, and the team of experienced researchers have an established track record in this specialist field of study. Anglia Ruskin University also offers an MSc in Global Military Veteran and Family Studies, the first postgraduate qualification of this kind to be offered in the UK.

Walking With The Wounded

Established in 2010, Walking With The Wounded provides vulnerable veterans’ independence through employment.
WWTW recognises the inherent skills of our armed service personnel and wants to compliment these qualities, as well as provide support to transfer their skills into the civilian workplace.  We offer assistance through our programmes to those vulnerable veterans who have been physically, mentally or socially disadvantaged by their service and assist them in gaining independence through new long term careers outside of the military.  This includes providing support to homeless veterans and veterans in the Criminal Justice System, areas which are too often ignored.

The outcome? Sustainable employment, and independence for them and their families. 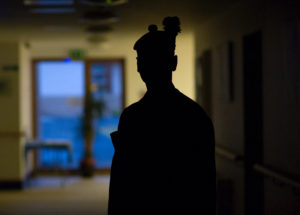