Forces in Mind Trust (FiMT) has awarded £250,000 to Supporting Wounded Veterans (SWV) supporting its appeal to bring clinical trials in the UK for MDMA-assisted therapy for Post-Traumatic Stress Disorder (PTSD).

The Pioneer Programme is an innovative collaboration between SWV, research sponsors, Multidisciplinary Association of Psychedelic Studies (MAPS), and the clinical research team at the Institute of Psychiatry, Psychology & Neuroscience at King’s College London.

The two clinical trials of MDMA-assisted therapy will be for UK veterans with severe Post-Traumatic Stress Disorder. The study builds on many years of investment and research in the US, where MAPS Phase 3 trials, published in May 2021, have demonstrated very encouraging clinical outcomes for those with PTSD.

In the Phase 3 trial, 67% of participants who received three MDMA-assisted therapy sessions no longer qualified for a PTSD diagnosis and 88% experienced a clinically meaningful reduction in symptoms.

In January 2022, further progress was made when MDMA-assisted therapy for the treatment of PTSD was awarded an Innovation Passport by the Medicines and Healthcare products Regulatory Agency (MHRA), which is the entry point to the Innovative Licensing and Access Pathway (ILAP) which aims to accelerate time to market, facilitating patient access to treatments”.[1]

Royal Air Force veteran, Stuart, served for 30 years and was medically discharged in 2015 with PTSD. He hopes the research will give him and his family the chance for a normal life. He explains what this treatment opportunity could mean for veterans with PTSD:

“I would like to be spontaneous and be able to live our lives in a natural manner, rather than in this stilted, frightened manner. I have to plan everything around how I might react to any situation, like a crowded place, or sudden noises. I avoid social gatherings, which makes for a very considered and planned life. It can be quite insular as I end up avoiding everything.”

“We are delighted to be supporting this ambitious and collaborative research, which could lead to significant developments in treatment for UK ex-Service personnel with PTSD. Whilst most who have served in the Armed Forces transition successfully to civilian life, Forces in Mind Trust exists to improve support for the minority who face additional challenges. Research has shown that for a small but significant number of ex-Service personnel there is an increased risk of mental health problems including PTSD. We are therefore pleased to support this innovative project trialling a new way to support those experiencing PTSD, particularly as it focuses on those who have not responded to current treatments.”

“We are incredibly grateful to the Forces in Mind Trust for supporting this innovative research. As a well-respected funder of military research, we are pleased that FiMT is helping to shine a light on alternative and progressive treatment options for mental illness. Something veterans with severe PTSD have been waiting too long for. This important research into MDMA-assisted therapy is now another step closer to being delivered in the UK.”

Dr James Rucker, a Consultant Psychiatrist and a Senior Clinical Lecturer in mood disorders and psychopharmacology at King’s IoPPN said:

“There are a significant number of people in the UK who find that the treatments currently available for PTSD do not work well for them. Such unmet need is leaving people to manage what can be severe symptoms without adequate support or hope for recovery.

“This funding represents a vital step forward as we seek a greater understanding of MDMA, and how it can be used to treat PTSD. The evidence that we have seen so far suggests that, when used in conjunction with a trained therapist in a controlled and supportive environment, sufferers are able to re-experience their symptoms without being overwhelmed. With ongoing therapy, this may set the foundation for future recovery.”

Launched in December 2020, the Pioneer Programme appeal aimed to raise £1.5m. With thanks to Forces in Mind Trust and funders across the UK, SWV has now reached its £1.5m target to enable the trials at King’s College London to commence in 2022.

Founded in 2012, Supporting Wounded Veterans is a UK charity has helped hundreds and hundreds of wounded veterans find independence and employment through sports recovery, pain management and mentoring. Our approach supports the most vulnerable; and by listening to them on their recovery journey we have learnt how pain and trauma affect their ability to lead an independent life. We started by offering sports recovery through skiing.

Through the close bonds developed during our Sport Habilitation programme we discovered that pain was the biggest barrier to veterans reaching their full potential. This led us to commission innovative therapies within the NHS to reduce pain and get their lives back on track. Solving treatment-resistant PTSD is the next natural battle to fight.

About King’s College London and the Institute of Psychiatry, Psychology & Neuroscience

King’s College London is one of the top 35 UK universities in the world and one of the top 10 in Europe (QS World University Rankings, 2020/21) and among the oldest in England. King’s has more than 31,000 students (including more than 12,800 postgraduates) from some 150 countries worldwide, and 8,500 staff. King’s has an outstanding reputation for world-class teaching and cutting-edge research. The Institute of Psychiatry, Psychology & Neuroscience (IoPPN) at King’s is the premier centre for mental health and related neurosciences research in Europe. It produces more highly cited outputs (top 1% citations) on mental health than any other centre (SciVal 2019) and on this metric we have risen from 16th (2014) to 4th (2019) in the world for highly cited neuroscience outputs. World-leading research from the IoPPN has made, and continues to make, an impact on how we understand, prevent and treat mental illness and other conditions that affect the brain.

[1] An Innovation Passport is the entry point to the Innovative Licensing and Access Pathway (ILAP) which aims to accelerate time to market, facilitating patient access to treatments. It is a similar programme to the US Food and Drug Administration designating MDMA-assisted therapy as a ‘Breakthrough Therapy’ in 2017. 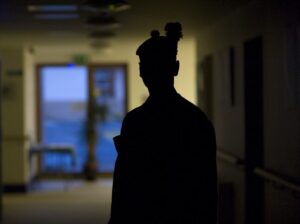