Forces in Mind Trust (FiMT) and the Directory of Social Change (DSC) today (20 June) release the report Focus On: Armed Forces Charities’ Mental Health Provision which, for the first time, provides an account of the range and diversity of mental health support from UK Armed Forces charities.

The report, the first in the new Focus On series, explores charities that make provision to support the mental health needs of the armed forces community. This report is unique in exploring the mental health areas being supported and the types of services being delivered by charities.

Whether discussed on the political stage, in the media, or under the campaign spotlight, mental health continues to be a significant topic of interest. For all members of society, life experiences can affect mental health, and the Armed Forces community is no exception to this. There is an increasing body of research which explores the mental health experience of Service and ex-Service members and their families, and while debate exists over the prevalence of mental health issues in this cohort, there is unquestionably a need for support. There are charities for whom the mental health needs of their beneficiaries is either one of their many charitable objects, or for some their primary charitable object. But what the charities represented in this report have in common is their support for the mental health needs of their beneficiaries.

There has long been a misconception that there are too many Armed Forces charities in the UK. In DSC’s Sector Insight report (published in 2014) a strong emphasis was placed on ‘myth-busting’ with clear evidence of a diverse and collaborative charity sector. Focus On: Armed Forces Charities’ Mental Health Provision presents further evidence to push beyond such misconception, providing information on the diversity of mental health provision from the relatively small number of charities which support beneficiaries’ specific mental health needs.

The report identifies a total of 76 charities with mental health provisions, representing just 7% of all UK Armed Forces charities. The majority of these charities were found to be ‘secondary providers’, for whom mental health was one of many charitable objectives. The remaining charities were categorised as ‘primary providers’, for whom mental health was a primary or sole charitable objective. More than 80% of charities deliver a non-clinical service (services not delivered by a registered healthcare professional), with less than one-fifth delivering a clinical service.

Overall, support for post-traumatic stress disorder (PTSD) is the most common area of support from surveyed charities, with counselling being the most common form of service; however, there were differences between the charities in the types of support provided. Services for depression and anxiety and for substance misuse are also explored in the report, along with survey data suggesting between 7,000 to 10,000 members of the Armed Forces Community access services each year. Further analysis contained in the report examines, amongst others, charitable expenditure, collaboration, evaluation, and standards of practice.

The report follows on from DSC’s second Sector Insight report, Armed Forces Charities in Scotland – 2017. The Focus On series will comprise six reports published across 2017 and 2018 which are short, topical and designed to be more accessible counterpoints to the larger Sector Insight reports. They represent an evolution from Sector Insight’s mapping of the sector to focusing on key topical areas of charitable provision aligned with Forces in Mind Trust’s priority Outcomes.

Ray Lock CBE, Chief Executive FiMT says:  “The aim of FiMT is to provide independent, evidence-based knowledge that can be used to influence and bring about change where needed, from policy through to service delivery. The clearly detailed evidence in this report offers an important and unique insight into the mental health support provided by the Armed Forces charity sector across the UK. The Focus On series will provide a compelling series of guides for anyone wishing to better understand the sector, particularly those who work in within the sector such as policymakers, government officials and media organizations.  We hope that the report will be a valuable catalyst to a better understanding of mental health issues and encourage further partnerships to improve the services for members of the Armed Forces and their families.”

Stuart Cole, Research Manager at DSC, says: “We’re proud to announce the launch of the first in a new series of reports. The Focus On series builds on our previous armed forces charities work to provide independently researched evidence on the work of charities. This report is the first in a series of topical reports, which in this case focuses on mental health provision. With a research background in psychology and public health, I find this topic fascinating and I’m delighted to provide charities, policy makers and researchers with a report that illuminates the work of charities making provision in this important area of health.”

Ray Lock CBE from FiMT and Stuart Cole from DSC are available for interview.  To arrange an interview or for a copy of the full report, please contact Kate Turner at The PR Office on kturner@proffice.com or on 0207 284 6944 or 07919 887 036.

FiMT awards grants (for both responsive and commissioned work) to support its change model around 6 outcomes in the following areas: Housing; Employment; Health and wellbeing; Finance; Criminal Justice System; and Relationships.

All work is published in open access and hosted on the Veterans’ Research Hub.  A high standard of reportage is demanded of all grant holders so as to provide a credible evidence base from which better informed decisions can be made.

About the Directory of Social Change (DSC):

DSC is the leading provider of information and training for the voluntary sector and publishes an extensive range of guides and handbooks covering subjects such as fundraising, management, communication, finance and law. Since 2014, DSC has worked with the Forces in Mind Trust to research and analyse the armed forces charities sector in the UK, and has become the foremost expert in this field. 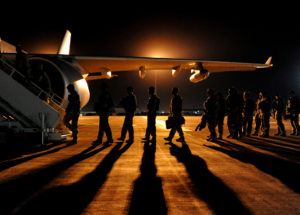