Forces in Mind Trust (FiMT) has awarded £220,000 to the King’s Centre for Military Health Research (KCMHR), based at King’s College London, to carry out a study examining the barriers for female veterans preventing them from making a successful and sustainable transition to civilian life in the UK.

FiMT commissioned the study in response to a lack of research in this important area of interest noting that previous research had primarily focussed on the experiences of male veterans. The limited research that does exist suggests that female veterans may be at a greater risk of certain physical and mental health conditions in comparison to women who have not served in the military. There is also evidence which indicates that female veterans are less likely to identify as a ‘veteran’ than their male counterparts and that they underutilise the widely available veteran-specific services.

The current research project will examine these, and other, topics in more detail in order to identify and understand the nature and impact of the unique or additional barriers faced by female veterans in making their transition to civilian life.

The research will commence in June 2022 and is expected to run for 24 months.

Tom McBarnet, Chief Executive (Acting) at Forces in Mind Trust, said: “The majority of Servicewomen make a successful transition into civilian life, with their lives enriched by their time in service. However, some female veterans need, or will need, additional support as a consequence of their unique experience as a Servicewoman which may differ from the needs of ex-Servicemen or the needs of the female civilian population as a whole.

“We are delighted to have commissioned KCMHR to carry out this much needed research. With it, we hope to be able to assess any relative disadvantage experienced by female veterans in comparison to male veterans and their civilian counterparts, and to understand what can be effective to address any disadvantage found.”

“We are delighted to have received this award from FiMT. KCMHR has a longstanding track record of conducting military health research among members of the Armed Forces community. We believe that it is essential that the needs of female veterans are explored thoroughly, to support female veterans in making a successful and sustainable transition to civilian life. We are looking forward to delivering on this project with help of the female veteran community and other stakeholders.” 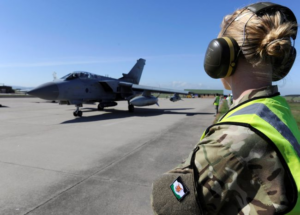