A new report launched today by the University of Liverpool and King’s College London shows that more than two thirds (71%) of serving and ex-Service personnel who self-reported a current or prior alcohol problem, have not sought help.

Ways of accessing help for alcohol problems differed among serving and ex-Service personnel who also had mental health problems. Those with both outcomes were more likely to use hospital doctors than those who only endorsed self-reported alcohol problems.

This research also examined whether personnel with co-occurring mental health and alcohol problems had different experiences of help-seeking. Perceptions of the helpfulness of psychological treatments were significantly lower among those who both reported a mental health problem and met the criteria for alcohol misuse. This may suggest that current therapeutic services may not be fully meeting the needs of those with more complex problems and that staff providing mental health services may not always have the appropriate training to provide additional or integrated support for comorbid alcohol problems.

“There has been a lack of UK research examining the recognition of, and help-seeking for, alcohol problems among serving and ex-Service personnel, so this report is a great first step. It will help us to understand which groups are less likely to seek help and may require additional support and we intend to work with policy makers and service providers to ensure that they receive the support they need.

“One way we can do this is to disseminate the findings as widely as possible and to encourage more conversations to take place on alcohol use in the Armed Forces. As part of this we will be presenting the findings of this research, together with the findings of a number of FiMT-funded reports on substance misuse and addiction in the Armed Forces Community, during a focused session at the King’s College London Veterans’ Mental Health Conference in March 2021.”

Dr Laura Goodwin from the University of Liverpool, said:

“We know that military personnel are more likely to experience alcohol problems than the general population and this report has established that a large proportion of those with a problem do not seek any help. One reason for this is due to low recognition of alcohol problems, which may be driven by heavy drinking being normalised in a military context. We need to do more to address the stigma around alcohol problems and to support those who require support to access it.”

“This research provides much needed evidence on the patterns of help-seeking for alcohol problems in serving and ex-serving populations. Further work is required to explore the different pathways personnel take into care and support to ensure appropriate services are provided.”

The aim of the project was to understand which serving and ex-serving personnel are more likely to both recognise and then seek help for an alcohol problem.  This will improve understanding of which personnel are therefore less likely to seek help and which groups may require additional support.

The research included four inter-related studies: a review of literature, and three studies using data from the King’s Centre for Military Health (KCMH) Health and Well-being Cohort study and a linked interview study from 2014-2016, with 8,093 and 1,450 participants respectively.

The figure quoted in the press release, that 71% of serving and ex-Service personnel who self-reported a current or prior alcohol problem have not sought help, was based on the responses of 461 people in the Cohort study.

The full report and executive summary are available to read here.

About Forces in Mind Trust (FiMT)

Forces in Mind Trust was founded in November 2011 by a £35 million endowment from the Big Lottery Fund (now The National Lottery Community Fund).  As a member of Cobseo – the Confederation of Service Charities and a permanent member of its Executive Committee, the Trust works within the Armed Forces charities sector, and much more widely, to support the UK’s Armed Forces Community.

FiMT’s grants and commissions are designed to generate sustained change that improves the lives of ex-Service personnel and their families. FiMT awards grants to support its Change Model based on seven outcomes: Housing; Employment; Health; Finance; Criminal Justice System; Relationships; and its Enabler programme

Who we have helped: www.fim-trust.org/what-we-fund/projects-funded

About the University of Liverpool

The University of Liverpool is one of the UK’s leading research institutions with an annual turnover of £575 million.  Liverpool is a member of the Russell Group. Visit www.liv.ac.uk or follow us on twitter at:  http://www.twitter.com/livuninews

About King’s College London and the Institute of Psychiatry, Psychology & Neuroscience

King’s College London is one of the top 10 UK universities in the world (QS World University Rankings, 2018/19) and among the oldest in England. King’s has more than 31,000 students (including more than 12,800 postgraduates) from some 150 countries worldwide, and some 8,500 staff.

The Institute of Psychiatry, Psychology & Neuroscience (IoPPN) at King’s College London is the premier centre for mental health and related neurosciences research in Europe. It produces more highly cited outputs (top 1% citations) on mental health than any other centre (SciVal 2019) and on this metric we have risen from 16th (2014) to 4th (2019) in the world for highly cited neuroscience outputs. World-leading research from the IoPPN has made, and continues to make, an impact on how we understand, prevent and treat mental illness and other conditions that affect the brain. 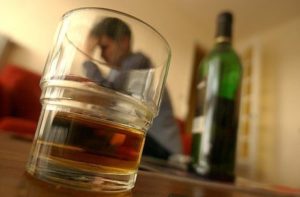 Triggers of help seeking for alcohol problems in ex-serving personnel: the roles of recognition and mental health comorbidity