New research commissioned by Stoll and Riverside, released today, Tuesday 6th March, at an event at the House of Lords, highlights how some vulnerable ex-Service personnel in crisis are not accessing support services resulting in homelessness after leaving the Armed Forces.

The Forces in Mind Trust (FiMT) funded research, conducted by York University, found that of participating veterans, many experienced inconsistent quality of advice on transitioning from Service and inadequate support from Local Housing Authorities in the years after leaving service, many of whom did not identify the specialist support available to veterans.

Evidence suggests that well over a thousand ex-Service personnel each year in England require urgent support to find accommodation. With others experiencing crises in their lives, urgent intervention is recommended to provide the necessary support for vulnerable ex-Service personnel.

Josh Crooks, medically discharged from the Armed Forces in 2017 following six years’ service now lives in a caravan. Josh said: “I really had a lot to sort out on being discharged from the Army and when a potential flatmate let me down I found myself in dire straits, with no sight of somewhere permanent to live.”

Alongside the new research, Stoll and Riverside, in collaboration with Cobseo, are publishing three simple recommendations:

Tina Fairbrass served for seven years in the Royal Navy and found herself in difficulty after the subsequent breakdown of her relationship. Tina said: “Seven years after leaving the Navy, I was living in a refuge with my four year old daughter. I’d taken on a lot of my ex-partner’s debt and as a result I’d lost all my savings.”

Both Josh and Tina have since been housed by Stoll. Tina said: “I really don’t know where I would be without Stoll. It doesn’t bear thinking about.”

The research acknowledges the development of niche accommodation for veterans, but raises concerns over the dedicated veteran accommodation sector’s future sustainability, with proposed local ring-fenced funding for short-term supported accommodation.

Air Vice-Marshal, Ray Lock CBE, Chief Executive of The Forces in Mind Trust said: “At FiMT our objective is to enable all ex-Service personnel to have a successful and sustainable transition to civilian life.

“The majority who leave the Armed Forces do have a positive transition, but there is a minority who don’t. We recognise the importance of providing a stable and secure home for all ex-Service personnel and thoroughly support the 3 evidence-based recommendations.”

Ed Tytherleigh, Chief Executive of Stoll said: “We believe that we can reduce the incidence of homelessness among Veterans close to zero, but this will only happen with a significant shift in approach to the issue of housing ex-Service personnel.

“We are deeply concerned that vulnerable Veterans, often with complex physical and mental health needs, are not being properly cared for by the country they have served. It is critical that Veterans facing homelessness – or those supporting them – know where to turn to at the right time and get the correct advice to prevent them from becoming homeless in the first place.”

Hugh Owen, Director of Strategy and Public Affairs of Riverside Housing said: “Veterans are the only supported housing sector in the UK where the majority of support costs are paid for by the charities themselves. This is not sustainable and threatens to undermine our country’s ability to support homeless Veterans. The Government urgently needs to put funding on a more sustainable footing to avoid more Veterans becoming homeless.”

See the Call to Action and the full report.

FiMT came about from a partnership between the Big Lottery Fund (‘the Fund’), Cobseo (The Confederation of Service Charities) and other charities and organisations. FiMT continues the Fund’s long-standing legacy of support for veterans across the UK with an endowment of £35 million awarded in 2012. http://www.biglotteryfund.org.uk/.

FiMT awards grants (for both responsive and commissioned work) to support its change model around 6 outcomes in the following areas: Housing; Employment; Health and wellbeing; Finance; Criminal Justice System; and Relationships. All work is published in open access and hosted on the Forces in Mind Trust Research Centre’s Veterans and Families Research Hub. A high standard of reportage is demanded of all grant holders so as to provide a credible evidence base from which better informed decisions can be made. 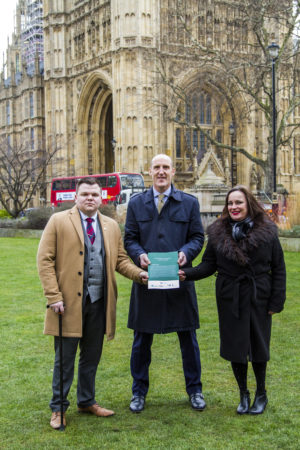 Meeting the Housing and Support Needs of the Veterans’ Community