According to a new report published today, female veterans face a ‘double whammy’ of challenges when it comes to transitioning into employment once they have left the Armed Forces – those that are experienced by Service leavers in general, as well as those faced specifically by women.

The research carried out by Cranfield University and the Institute for Employment Studies (IES) examines the employment outcomes and experiences of female Service leavers as they transition into civilian paid employment. The report, commissioned by Forces in Mind Trust (FiMT), looks at the reasons why women have a lower employment rate (69%) compared to men (81%), after leaving the Armed Forces*

The research, which included a review of existing data, interviews and a survey with stakeholders, employers and female Service leavers themselves, reveals:

The report also includes recommendations for the Ministry of Defence and employers, and calls on the MOD to:

Katie Watson served in the British Armed Forces for 10 years including tours in Bosnia and Northern Ireland, before leaving and entering employment as an NHS hospital chaplain in Newcastle. She says:

“I think that one of the toughest things for employers is understanding what women actually do in the Army and the skills we bring to our place of work. There is a misunderstanding that because we may not have all engaged in combat, we weren’t on the front line, playing a vital role in operations. We veterans are a unique breed. We’ve got a ton of assets but also have our idiosyncrasies. By listening to veterans within their organisations employers can better understand the brilliant skills and ethos we bring from the Armed Forces”.

“Female Service leavers face a double whammy of obstacles when it comes to transitioning into civilian employment. Only a minority of the women we spoke to felt that they received enough support during transition, and some said that the support they did get was not properly tailored to their needs. We hope this study inspires a collective effort to improve their transition to civilian employment.”

“We know that female Service leavers face specific challenges when seeking employment. This report makes it clear where collaborative efforts between the Government and employers should be focused to overcome these challenges. More clarity on the transferability of military skills and the use of workplace mentoring are improvements which can be readily made. Bringing these recommendations to the attention of employers is no easy matter, but Forces in Mind Trust looks forward to working closely with the MOD and employers to achieve this aim”.

The research was carried out between January 2018 and February 2019 and had six stages: a review of existing evidence; analysis of secondary data; interviews with key stakeholders; a survey of female SLs (FSLs); interviews with FSLs; and interviews with actual and potential employers of FSLs.

Cranfield has been a world leader in management education and research for over 50 years, helping individuals and organisations learn and succeed by transforming knowledge into action. We are dedicated to creating responsible management thinking, improving business performance and inspiring the next generation of business leaders. We work to change the lives of our students and executives by encouraging innovation and creative thinking, as well as the drive to succeed and make a real impact on their organisations.

Organisations as diverse as Jaguar Land Rover, BAE Systems, Royal Dutch Shell, L’Oréal, UNICEF and the African Development Bank have benefited from our work, which ranges from management research projects, through staff talent management development on our MBA courses, to customised executive programmes.

Cranfield is one of an elite group of Schools worldwide to hold the triple accreditation of: AACSB International (the Association to Advance Collegiate Schools of Business), EQUIS (European Quality Improvement System) and AMBA (the Association of MBAs).

In the Times Higher Education/Wall Street Journal World University Rankings 2019, our Finance and Management MSc is ranked second in the UK, fourth in Europe and sixth in the world.

Over 8,000 people come to Cranfield each year to benefit from our executive and professional development programmes.Cranfield School of Management was the first business school in the UK to launch an Executive MBA via the newly created Apprenticeship Levy, run in partnership with Grant Thornton.

About the Institute for Employment Studies:

The Institute for Employment Studies (IES) is a leading independent, not-for-profit centre for research and evidence-based consultancy on employment, the labour market and HR policy and practice.

FiMT came about from a partnership between the Big Lottery Fund (‘the Fund’), Cobseo (The Confederation of Service Charities) and other charities and organisations. FiMT continues the Fund’s long-standing legacy of support for veterans across the UK with an endowment of £35 million awarded in 2012. http://www.biglotteryfund.org.uk/.
The mission of FiMT is to enable ex-Service personnel and their families make a successful and sustainable transition to civilian life, and it delivers this mission by generating an evidence base that influences and underpins policy making and service delivery.
FiMT awards grants (for both responsive and commissioned work) to support its change model in the following areas: Housing; Employment; Health and wellbeing; Finance; Criminal Justice System; and Relationships. All work is published in open access and hosted on the Forces in Mind Trust Research Centre’s Veterans and Families Research Hub. A high standard of reportage is demanded of all grant holders so as to provide a credible evidence base from which better-informed decisions can be made.

We work for charities, public bodies and health brands. We have obtained your contact details from Cision media database and use this information, as well as any other information you give us, in accordance with our Privacy Policy. We are contacting you today about our client, Forces in Mind Trust. If you do not wish to be contacted by us, please let us know by replying to this email and we will delete your details from our records. 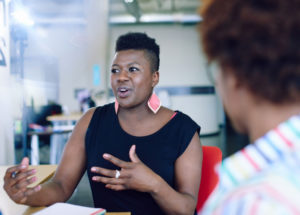