A new report which set out to understand the reasons why a small number of ex-Service personnel commit serious crimes has been published.

The research, which was carried out with a sample of 14 men, was conducted by the Probation Institute in partnership with Liverpool John Moores University and funded by Forces in Mind Trust.

Only a small number of veterans become involved in the criminal justice system (estimated 4% in custody in England and Wales, although true figures are unknown) with veterans no more likely to be convicted of a crime than non-veterans. However, as there is evidence to suggest veterans are more likely to commit violent or sexual crimes, the researchers aimed to identify factors that could reduce the risk of serious harm to others and encourage discussion as to how veterans can best be supported.

The researchers found a strong link between adverse experiences in childhood and involvement in the criminal justice system. The Armed Forces was often a protective factor, and the sense of family and camaraderie were felt to be positive factors. However, upon leaving the military, the participants did not retain these protective factors (kinship, family unit, housing and financial security) and risks were exacerbated.

As a result of their findings, the research team set out a series of recommendations for policy and practice, to reduce the risk of serious harm. These include an improved culture of risk awareness within the military and ensuring that all staff with responsibilities for supporting veterans who have committed offences have training to be able to identify childhood adversity and respond appropriately.

Tom McBarnet, Chief Executive (Acting) of Forces in Mind Trust, said “Forces in Mind Trust exists to enable ex-Service personnel and their families to make a successful and sustainable transition to civilian life. We believe that no ex-Service personnel should be disadvantaged as a result of their service, and that special consideration is appropriate in some cases. The contributing factors which may result in engagement in criminal activity should be appropriately considered and support provided. We welcome this important report; the recommendations are significant and far reaching, and we urge those responsible for improving policy and support for vulnerable veterans to carefully consider them.”

Helen Schofield, Acting Chief Executive of the Probation Institute, said “We hope that this research will help to focus on the severe risks of adverse childhood experiences, and on the support that both serving and ex armed service personnel need to prevent their behaviour being harmfully influenced by these factors.”

You can view all of the interactive reports including a summary and case studies on the Probation Institute website, or see the full report here:

About Forces in Mind Trust (FiMT)

Forces in Mind Trust was founded in 2011 with a £35 million endowment from the National Lottery Community Fund to improve transition to civilian life for Service leavers and their families. Our mission is to enable successful and sustainable transition to civilian life, and the Trust’s strategy is to provide an evidence base that will influence and underpin effective policy making and practice. By funding high quality, credible research where there is an identified gap in relevant understanding, and by then exploiting the findings, FiMT aims to effect positive change.

About the Probation Institute 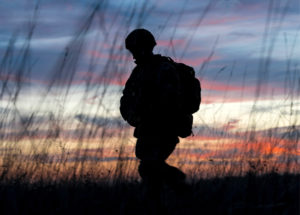 Understanding The Patterns Of Serious Offending Among ex-Service Personnel