20 April 2021 – Forces in Mind Trust (FiMT) is delighted to announce the appointment of Katy Sawyer and Tom Wipperman as Lay Advisers, supporting the Board of Directors. 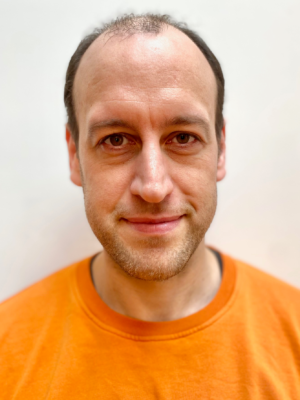 Tom Wipperman has joined the Finance and Investment Committee, bringing his expertise to support the Board in strategic resource planning, managing the endowment of the Trust and accounting.

Tom is currently Deputy Director for Local Government spending and public service reform in HM Treasury (HMT). His team oversees HMT’s spending control of local government settlements and has policy responsibility for HMT’s relationship with the sector. After starting his career in Bangladesh, Tom joined HMT in 2009, firstly in financial services policy and banking reform, before moving to defence and security spending in 2014 where he led the 2015 Spending Review of the Ministry of Defence (MOD). In 2017, he joined the MOD, first in Nuclear Strategy and then leading the central Strategic Finance where he oversaw the 2019 Spending Review. After seven years on defence spending issues he returned to HMT in August 2020. He is also a chartered management accountant (FCMA, CGMA). 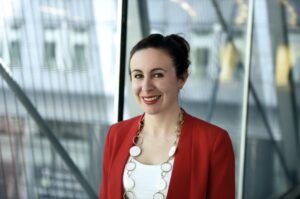 Katy Sawyer has joined as an adviser to the Programmes Committee, where she will help to support the Board in overseeing and guiding the Trust’s Programmes, including awarding project funding for grants and commissions in support of the Trust’s activities.

Katy commissioned into the Royal Air Force where she served an eight-year career, deploying to both Afghanistan and Iraq.  She is currently Deputy Head of Devolution Legislation and Negotiations Division within Constitution Group in the Cabinet Office, where she is responsible for leading teams who advise on agreeing and coordinating UK legislation with the Devolved Administrations.

After completing her commission in the RAF Intelligence Branch, Katy joined the public policy think-tank Reform, where her research included improving the effectiveness of government, and private and third-sector coordination.  She then moved to Brussels for three years to become a political adviser to Conservative MEPs in the European Parliament, specialising in constitutional affairs, before she joined the Civil Service.  Katy has a close personal interest in the Armed Forces and their families, being both a veteran and a war widow herself.

Ray Lock CBE, Chief Executive of Forces in Mind Trust, said: “We are delighted to have both Katy Sawyer and Tom Wipperman join our team at FiMT as Lay Advisers. In their roles on our committees, Katy and Tom will bring their expertise and experience to support and strengthen our Board. We are looking forward to working with them to further our mission to enable ex-Service personnel and their families to make a successful and sustainable transition to civilian life.”

Tom Wipperman said: “I am delighted to join the Finance and Investment Committee as a Lay Adviser. I care deeply about ensuring veterans and their families have a successful transition into civilian life after their time in service ends, having worked closely with serving personnel over the last 7 years. I look forward to supporting the committee in ensuring FiMT can deliver its mission.”

Katy Sawyer said: “I am delighted to join the Forces in Mind Trust Programmes Committee as a Lay Adviser. Our veterans and their families have given much for their country and I am passionate about helping our Service personnel have a successful and dignified future.  I have experienced a transition into civilian life myself and have also designed government policy: I am excited about the possibility of helping to deliver meaningful, evidence-based change for our veterans through FiMT.”